The fact is that Scots vote in Regional Parliamentary elections. That’s not usually an international story, but the ruling Scottish National Party is running on a platform to hold another independence referendum. Another vote on whether Scotland should leave the United Kingdom. Northern Ireland and Wales could follow their lead in the future. Search more United Kingdom news listings. 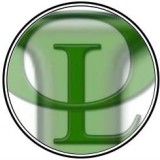